Cities on the Route to 2030 – Building a zero emissions, resilient planet for all

The CDP report “Cities on the Route to 2030” synergises data received by 812 cities to assess the state and trends of subnational climate action.

CDP is a non-profit environmental disclosure organisation for non-state actors such as cities, regions and companies. Together, the disclosing companies and cities represent 50 % of the global market capitalisation and a population of over 2.6 billion, according to the CDP. The report, focused on cities, takes stock of the last decade of disclosure within the ICLEI-CDP Unified Reporting System, set up in 2010. In total, 812 cities have reported on their environmental impacts, tools and policies in 2020, up from 48 cities in 2011. 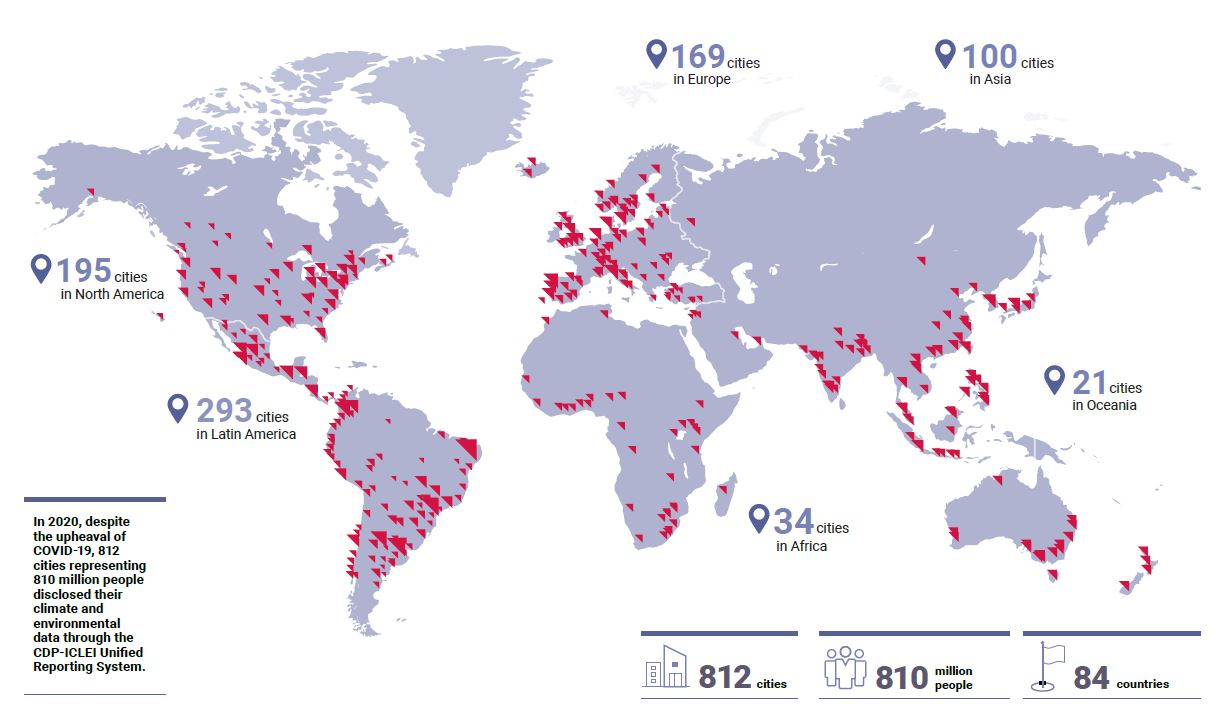 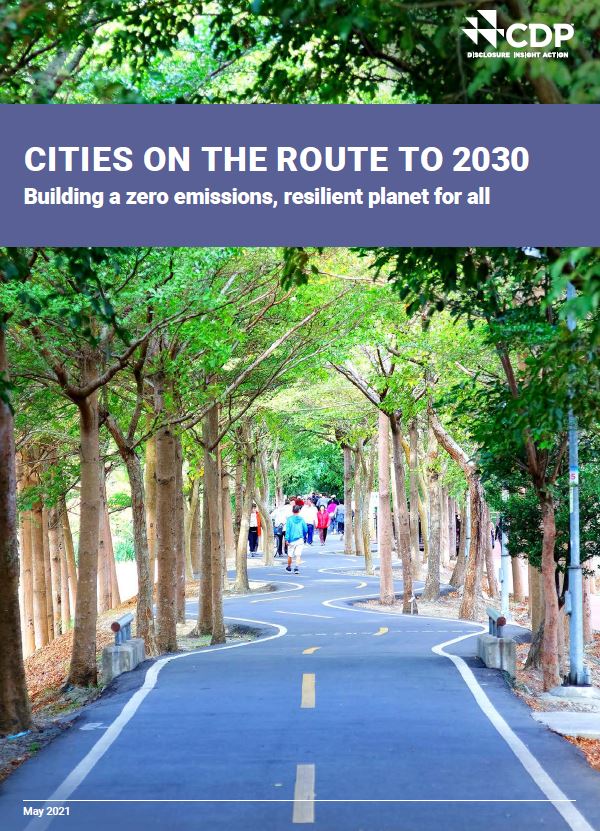 Cities on the Route to 2030 – Building a zero emissions, resilient planet for all