Zero-carbon cities offer a powerful lever to secure economic prosperity and boost living standards across a country – all while tackling the climate crisis. City governments cannot achieve this alone. National governments have unique and crucial roles to play.

In September 2019, the Coalition for Urban Transitions launched a flagship report, which found that national governments that invest in low-carbon cities can enhance economic prosperity, make cities better places to live and rapidly reduce carbon emissions.

The report shows that implementing low-carbon measures in cities would be worth almost USD 24 trillion by 2050 and could reduce emissions from cities by 90%. Climate Emergency, Urban Opportunity is the most comprehensive report to date to examine the critical role of national governments in achieving equitable and sustainable economic development in cities, which are home to more than half the world’s population and produce 80% of gross domestic product and three quarters of carbon emissions.

Proportion of 2050 urban abatement potential over which different levels of government have primary authority or influence. 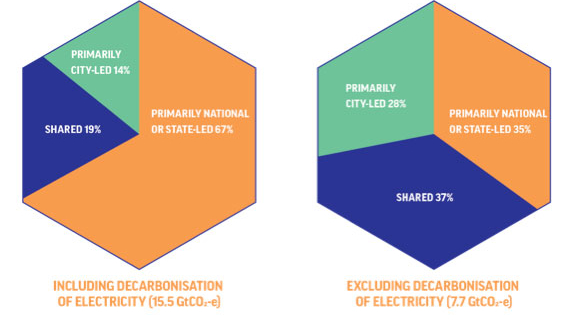 Follow the link for more information on the Coalition’s work 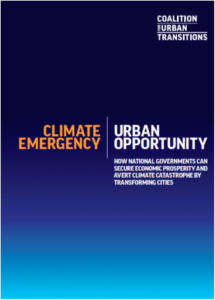 The report of the Coalition for Urban Transitions is co-financed by the Federal Ministry for the Environment, Nature Conservation and Nuclear Safety.