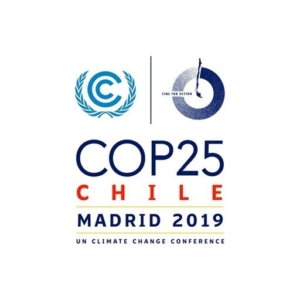 The 2019 Chile/Madrid Climate Change Conference was expected to conclude with decisions on guidance for Article 6 (market and non-market mechanisms) and a review of the Warsaw International Mechanism on Loss and Damage associated with Climate Change Impacts (WIM), among other issues. However, despite running nearly 40 hours overtime and therefore becoming the longest climate change COP, many delegates and observers have expressed disappointment with the few decisions adopted and the language related to ambition in an outcome text titled, ‘Chile-Madrid Time for Action.’

The 25th session of the Conference of the Parties to the UN Framework Convention on Climate Change (UNFCCC COP 25) was originally set to take place in Santiago, Chile, but the venue was switched to Madrid, Spain, one month before it opened, due to the situation in Chile.

The COP 25 President, Carolina Schmidt, Minister of Environment, Chile, attempted to facilitate progress during the second week through high-level consultations. In the end, many agenda items were unresolved and will be included in the agenda for the next session, as provided in Rule 16 of the draft rules of procedure (Rule 16 is applied when parties are unable to complete their consideration of the issue, often owing to a lack of consensus on the substance, or on the process moving forward). Accordingly, discussions on Article 6 will be forwarded to the June 2020 subsidiary bodies meeting. Additional issues left unresolved include common time frames, long-term finance, transparency issues for the Paris Agreement, report of the Adaptation Committee, and report of the Consultative Group of Experts.

Issues for which an outcome was reached at COP 25 include the review of the WIM, gender and some finance-related issues, such as guidance to the Global Environment Facility (GEF) and Green Climate Fund (GCF). In addition, parties adopted three decisions titled, ‘Chile-Madrid Time for Action’.