On 5 May 2021, we launched our policy brief titled “Localising NDCs with inspiration from the 2030 Agenda – A closer look at Voluntary Local Reviews (VLRs) and Voluntary National Reviews (VNRs)”. The policy brief addresses the urgent need to increase both ambition and the effectiveness of efforts to avoid catastrophic climate change and to ensure sustainable development for all, putting forward “localisation” of both NDCs and SDGs as a promising way to meet the goals the Paris Agreement and the 2030 Agenda.

During the virtual launch event, speakers representing the local and national levels of government complemented the presentation of key insights from the paper with practical experiences of collaborating across government levels in implementing both the 2030 Agenda and NDCs.

Eleni Dellas, Policy Officer at the German Federal Ministry for the Environment, Nature Conservation and Nuclear Safety (BMU), set the scene by underscoring the need for cooperation of all levels of government as well as BMU’s efforts to strengthen the inclusion of subnational actors in climate action. Being one of such projects funded by the BMU, Dellas thanked the team at Climate Policy meets Urban Development (CPMUD) for their work, which terminates end of May.

“Adapting global agendas to local circumstances is crucial. It’s the local and regional level […] where global agreements and national plans are turned into projects and concrete actions. It’s there where the transformation towards a more sustainable future will become a reality.” – Eleni Dellas, BMU

Petter Lydén, lead author of the policy brief and Advisor at GIZ for BMU, introduced the Policy Brief that examines why and how NDCs can and should be localised and what lessons the process of localising SDGs has to offer for the relatively new and unexplored concept of localising NDCs. Looking particularly into the connection between VNRs and VLRs, the main tools to monitor the progress of implementing the 2030 Agenda, the Policy Brief identifies three key barriers to successful localisation: policy incoherencies, the lack of vertical integration and weak data at the local level. It also formulates recommendations to overcome them and proposes a definition of “Localising NDCs” as a three-part exercise, comprising developing and implementing the NDC and combining bottom-up and top-down aspects.

John Henry Melo, Coordinator of NDC implementation at the Environment Ministry of Colombia, offered insights on the inclusion of cities, regions and civil society through consultations and workshops during the update process of Colombia’s NDC. The new NDC lists 89 mitigation measures for which subnational actors are responsible and has strongly increased Colombia’s climate ambition – now committing to a 51% reduction of GHG emissions by 2030, compared with the Business-As-Usual scenario.

Edgardo Bilsky, Director of Research at UCLG and one of the peer reviewers of the policy brief, talked about the lessons learned from localising SDGs, including the latest developments of VLRs/VNRs and the benefit of multi-level governance – connecting it all to NDCs and the climate agenda. He highlighted that both in the first and the second round of NDCs, only few countries have properly involved the subnational level in the development of their climate plans.

Constanze Böning, Project Director of CPMUD, moderated the event and thanked all colleagues who gave their comments and opinions during the drafting of the policy brief. In the Q&A session led by co-author Christian Deutschmeyer, several questions were asked about the details of aligning the 2030 Agenda and the Paris Agreement at the local level. Participants were also interested in hearing more about the challenges for collaboration between government levels in the case of Colombia.

Download and read the Policy Brief, as well as the slides shown in the event, via the buttons below. 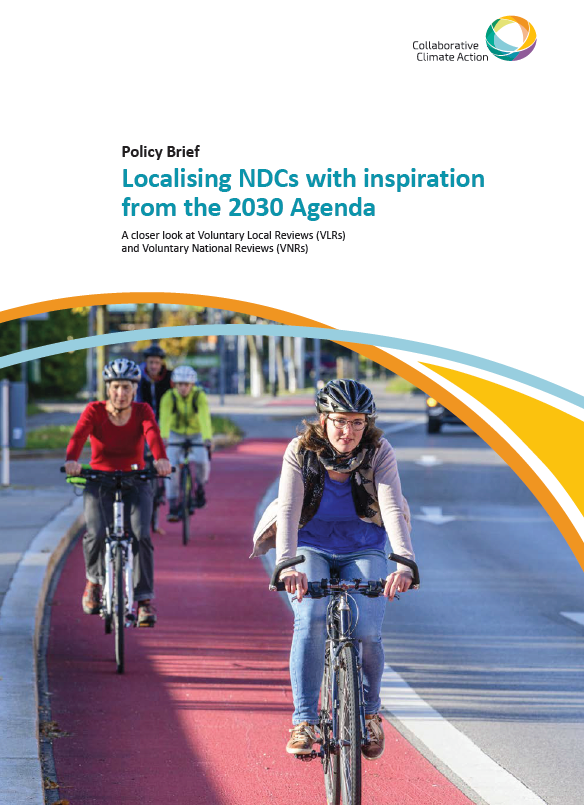 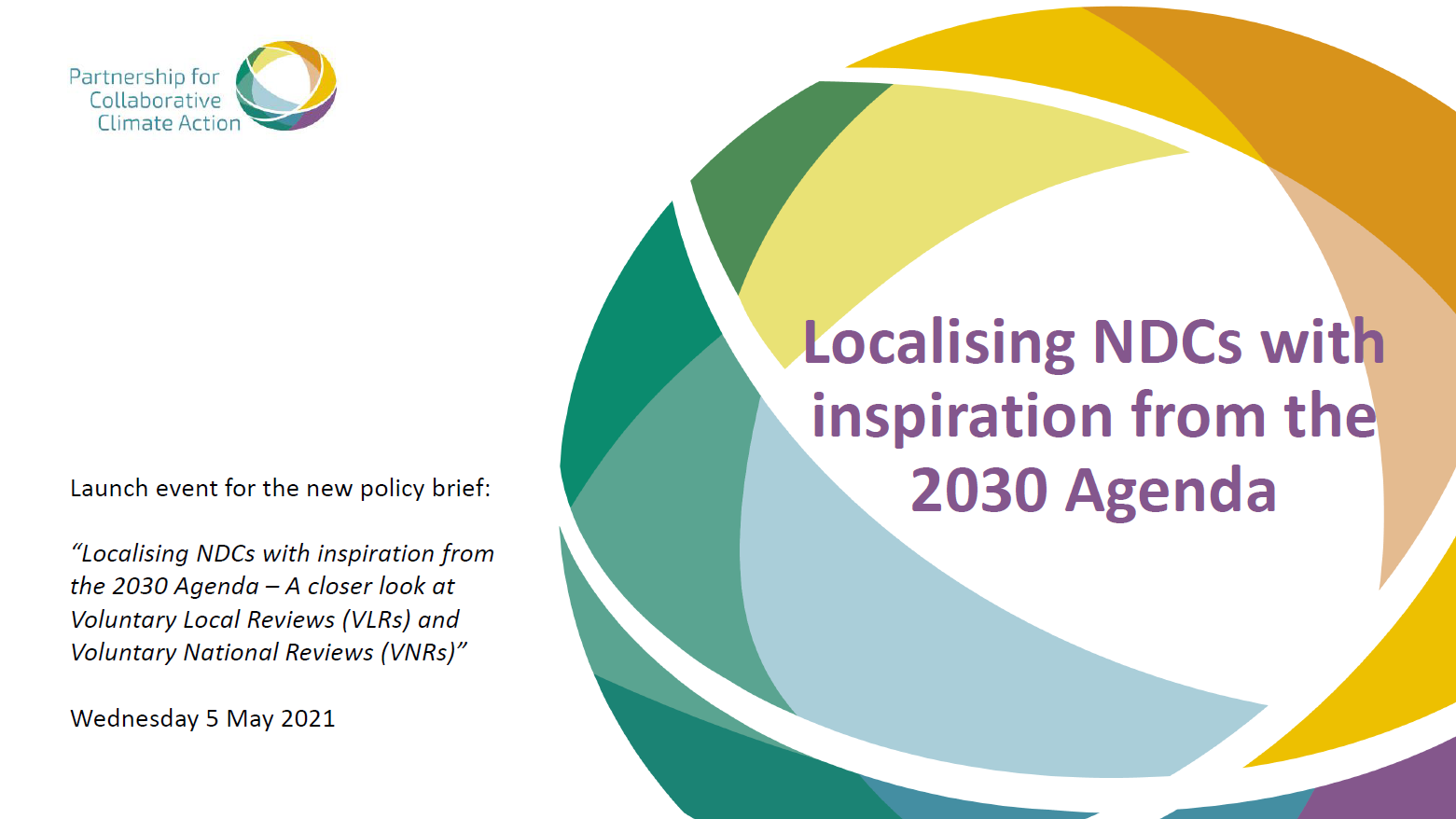