In the report on “Localising the 2030 Agenda through Integrated Urban Development”, the authors present a collection of case stories about the successful adaptation and implementation of an integrated urban development approach for localising the 2030 Agenda. The five projects from four different regions presented in this publication pursued an integrated approach with a varying focus adapted to the local context. 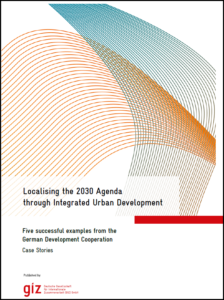