COP25: NDCs and the Climate Emergency of Cities

At this COP25 side-event, hosted jointly by GIZ and ICLEI, important points on collaborative climate action were raised by a diverse range of panelists. In his welcoming address, Dr. Karsten Sach, Director General at the German Ministry for the Environment, Nature Conservation and Nuclear Safety (BMU) reminded the audience that current NDCs are not consistent with a pathway towards 1.5 °C which is why countries need to raise their ambition in new or updated NDCs. 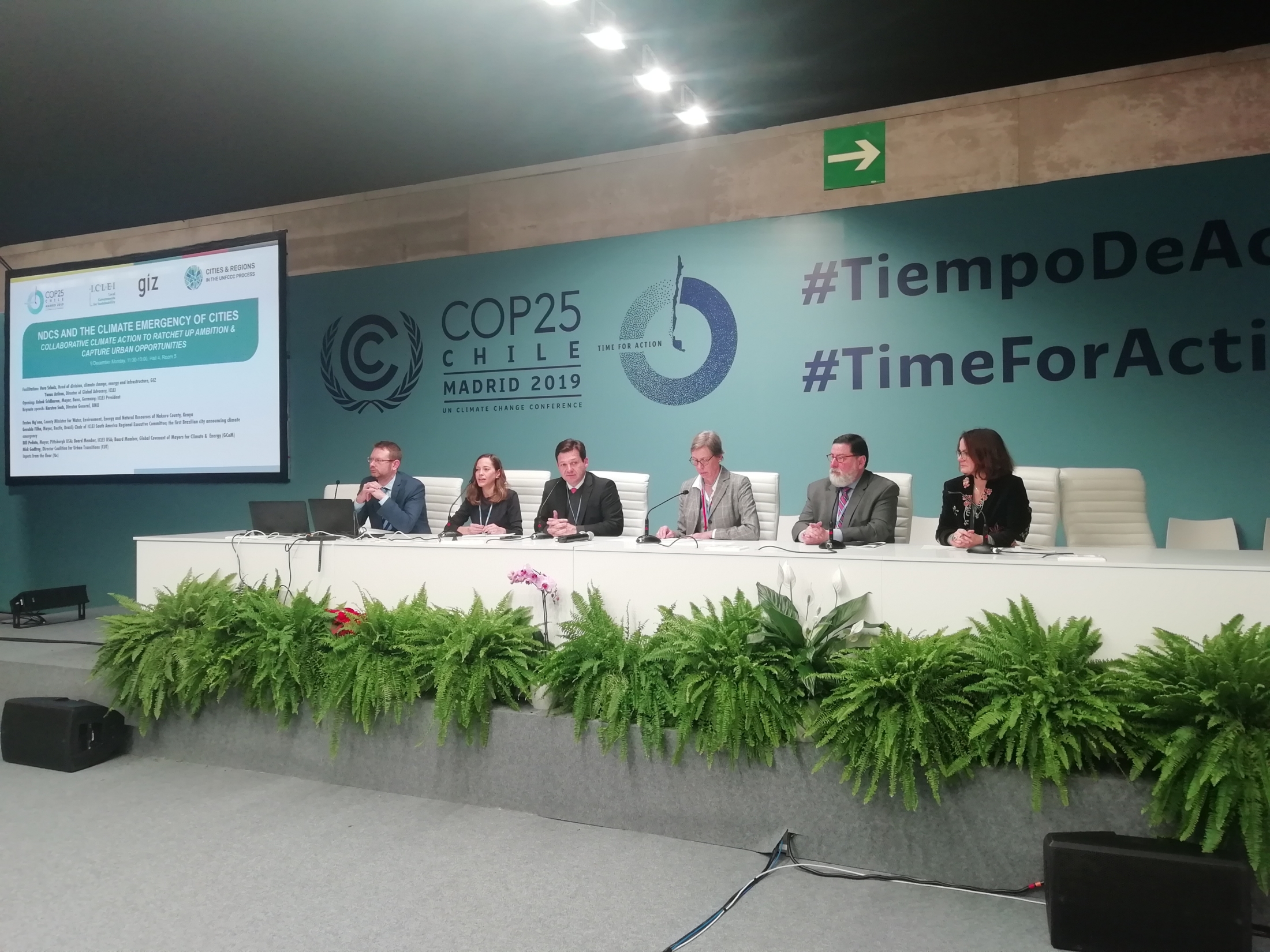 Represented by the mayors of Recife (Gerardo Filho) and Pittsburgh (Bill Peduto), it became clear that local and regional governments are taking a more central role in climate change dialogues since they were officially recognized as actors in the Paris Agreement. Climate goals are unlikely to be achieved without the commitment of subnational governments, which are essential to ensure that the effects of climate change are mitigated by effective policies. Vera Rodenhoff, Head of Division at BMU, elaborated on the Partnership Declaration on Collaborative Climate Action signed at ICCA 2019 and presented a national-level view on the matter. The Director of the Coalition for Urban transitions, Nick Godfrey, supplied an optimistic view on the enormous potential of collaboration between local and national actors, ecologically, socially and economically.

Overall, the side-event in Madrid was a successful demonstration of constructive dialogue between actors from different levels of government and therefore a pathway towards collaborative climate action. 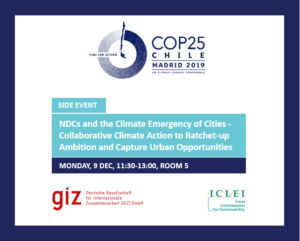