Renewable energy is key to achieve climate-friendly cities and meet international, national and local climate ambition. The new REN21 Renewables in Cities 2021 Global Status Report provides a comprehensive overview of the status and developments of renewable energy in cities.

Urban energy usage has increased sharply in recent decades, with global final energy consumption attributed to urban areas rising from around 45 % in 1990 to 75 % in 2018. These figures can be related to the growth of the world’s population, urbanisation and increasing economic activity in cities. Sectors such as transport and heating and cooling are together responsible for 83 % of final energy consumption in cities, but only have a share of 3.3 % and 10.1 % of renewable energy usage respectively.

There is a varying set of tools with which city governments can express their ambitions in renewable energy, such as targets, policies and actions. Combined, these tools cover more than one billion people living in cities, or a quarter of the global urban population in 2020.

Objectives in renewable energy are often connected to strategies on climate action, such as net-zero targets or emission reduction targets (Find out more about developments in Local Climate Action here and Net-Zero targets here). Such initiatives rely upon the implementation of renewable energy sources, and vice versa, support the shift to renewables.

At least 834 cities in 72 countries, covering 558 million people, had adopted a specific target in renewable energy in at least one sector (transport, buildings, heating and cooling) by the end of 2020. Altogether, these cities had a combined total of 1,088 targets, including 653 targets for 100 % renewable energy use either in municipal operations or city-wide.

City governments are at the forefront of the transition away from fossil fuels to renewables, as the report argues. They have moreover often progressed faster than the national level. Subnational governments have demonstrated leadership which has accelerated the uptake of renewables and sent signals to the private sector and national governments. However, due to limited resources and regulatory responsibilities, subnational actors most often rely on a close cooperation with the national level.

As existing regulatory frameworks influence uptake at the subnational level, policy coherence and vertical integration is key to enable an effective transition to renewables. National governments can support cities through the removal of legislative or regulatory barriers to the procurement and production of municipal renewable energy, as the report demonstrates.

Aside of illustrating the overall status and development in urban renewable energy and policy making, the report goes into depth on sectoral policies, such as renewables in transport, buildings, industry, in addition to financing, investments and citizen participation. 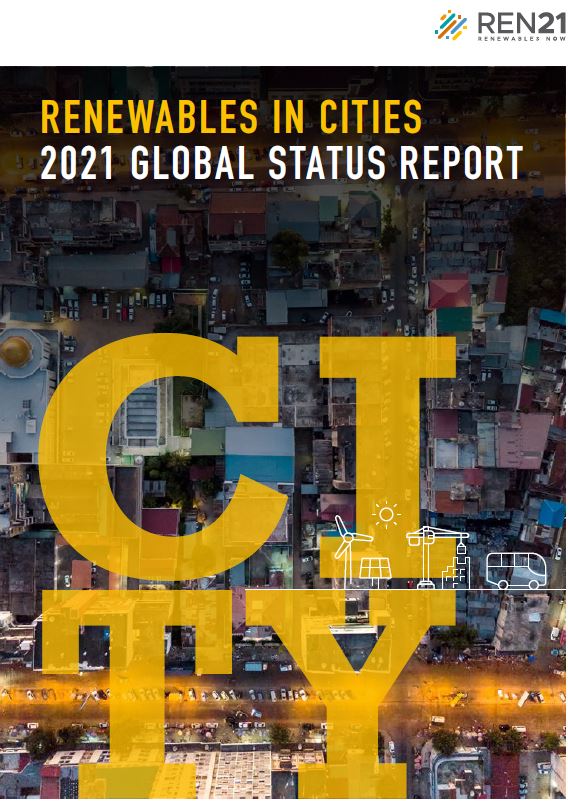